Thanks to Annie, I have added 48 captures of Luke from 50 Shades of Grey to the image gallery. 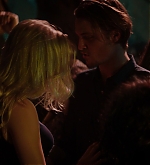 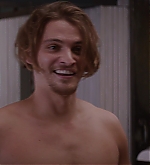 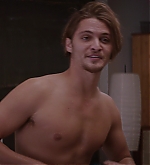 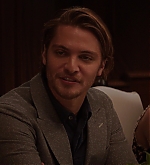 “American Sniper” and “Fifty Shades of Grey” actor Luke Grimes is in negotiations to join the cast of MGM and Sony’s remake of “The Magnificent Seven” starring Denzel Washington.

Sony and MGM are splitting the cost evenly with Sony distributing the film. MGM will oversee production.

The 1960 “Magnificent Seven” film, itself a remake of Akira Kurosawa’s “Seven Samurai,” starred Yul Brynner and Steve McQueen. It centered on seven gunslingers who protect an oppressed Mexican village from a group of outlaws.

The script was most recently reworked by John Lee Hancock after “True Detective” creator Nic Pizzolatto wrote the previous draft.

Production is expected to start within the next month as Fuqua assembles the remaining cast.

Grimes has been attracting the attention of Hollywood’s top-tier directors like Clint Eastwood for “American Sniper,” Sam Taylor-Johnson on “Fifty Shades of Grey” and now Fuqua on “Magnificent Seven.”

He can be seen next opposite Steve Carell and Julianne Moore in “Freeheld.” He is repped by CAA, manager Darren Goldberg and Bloom Hergott Diemer and Rosenthal.

I have added 5 images of Luke from the At Large magazine shoot. 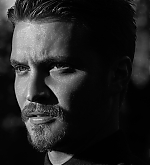 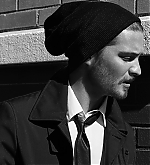 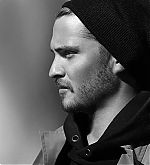 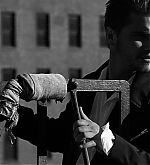 Gallery Update
by Holly•March 07 2015•No Comments 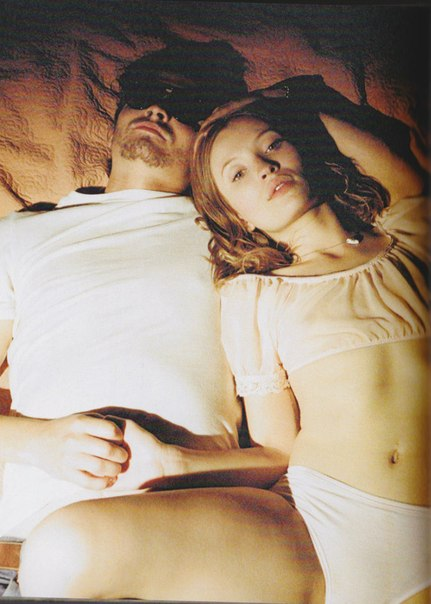 “Fifty Shades of Grey” fans are just hours away from seeing E.L. James’ best-selling romance series come to life on the big screen. While fans of the erotica story have already been introduced to leads Jamie Dornan (Christian Grey) and Dakota Johnson (Anastasia “Ana” Steele), little is being said about some of the movie’s other actors. Ahead of the film’s Valentine’s Day debut, get to know Luke Grimes, who plays Elliot Grey in “Fifty Shades.” Here are six fast facts about the 31-year-old film star:

1. He’s a TV veteran — Grimes is about to make his on-screen debut as Christian Grey’s equally-striking brother Elliot, but “True Blood” viewers known him as James, Jessica’s (Deborah Ann Woll) hippie vampire boyfriend. Grimes exited the series in 2013 over allegations he was disinterested in his character pursuing a romantic storyline with Lafayette (Nelsan Ellis). Grimes also played Ryan Lafferty for two years on “Brothers & Sisters.”

2. He’s also a film star – While his role in “Fifty Shades” may earn him a considerable number of new fans, this isn’t Grimes first feature film rodeo. The actor starred alongside Bradley Cooper in the Oscar-nominated film “American Sniper.” In the movie, he portrayed the role of Marc Lee, a Navy SEAL who is killed during an ambush. While he did not receive an Academy Award nomination like Cooper for his role, he did earn critical acclaim.

3. He’s extremely private — While fans can keep up with Grimes’ day-to-day activities on the unofficial fan Twitter page @_lukegrimes, the actor does not operate his own social media accounts. He’s also super private when it comes to divulging spoilers about the “Fifty Shades” film on the red carpet. During an interview with E! last month he refused to discuss whether or not the movie is similar to James’ book. “I don’t know if I’m allowed to give any hints. You’re just going to have to wait a month and see it,” he said.

Despite not giving away any major plot spoilers, he did reveal that he is excited about being involved in the franchise, saying, “I’m really happy to be apart of it, for sure.”

5. He’s a rock star – Not only is Grimes bringing his swoon-worthy looks to the “Fifty Shades” franchise, he’s also, wait for it ladies … an accomplished musician. After learning to play the drums in church, Grimes went on to play in the band Mitchells Folly in 2007. The following year, they released their debut album Whirlwind. You can listen to Grimes sing here.

6. He might have a girlfriend – Grimes has been linked to “90210” actress Gillian Zinser since 2012. While the actors are rarely photographed together, several publications report that the duo is still an item.

I have added the missing events of Luke from 2014 as well as his first event from 2015 to our gallery. 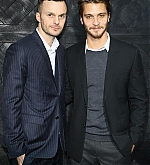 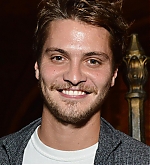 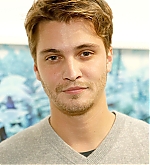 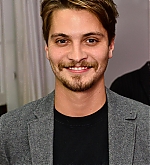 Gallery Update
by Holly•January 08 2015•No Comments

Good news, kids. You can see Fifty Shades of Grey with your parents.
After considering the nudity, mature themes and overall sexy sexiness of the hotly anticipated film, the Motion Picture Association of America has slapped it with an “R” rating, rather than the NC-17 that may have eaten into its box office.
The “R” is for the usual: “strong sexual content including dialogue, some unusual behavior and graphic nudity, and for language.”
Moreover, you don’t have to be at least 18 to see it in a theater, as audience members would technically have to be had the film been rated NC-17 (or what used to be called “X”). But the “R” rating means that If you’re 17 or younger, you have to be with a parent or guardian. (P.S. Dear Parents and Guardians, probably skip this one and let your kid figure out how to see it him or herself.)

In the end, it sounds as though producers did care how much money their film made.

A year ago, screenwriter Kelly Marcel promised London’s Sunday Times that the feature adaptation of E.L. James’ mega-selling novel would be “raunchy.”

But while the trailers for the love-and-power story about a naive, nubile college girl who meets a fabulously handsome billionaire with a penchant for S&M have been titillating, we most recently heard that Jamie Dornan’s Christian Grey—to the consternation of many—will not be going full-frontal in theaters.

Read more at the source

I have added screencaptures of Luke from Outlaw Country to the gallery. This was a two hour pilot that aired but the series was not picked up for syndication after, sadly for us fans. 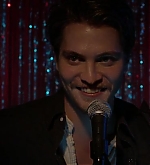 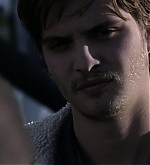 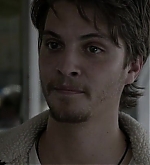 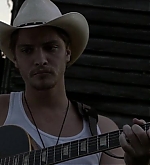 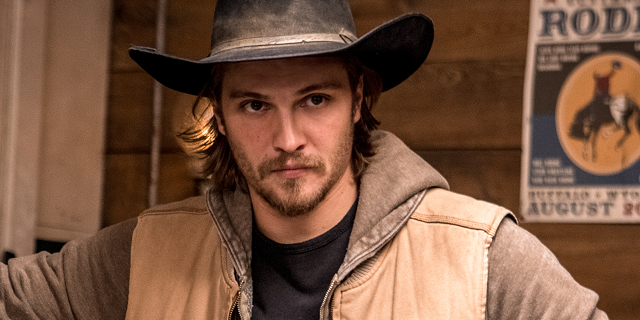 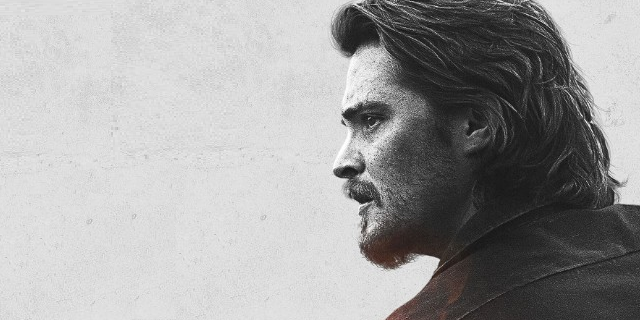